"I went for a weekend to visit an old friend who ran a pub in Belgium. He needed a break and offered me a job working at the bar. " 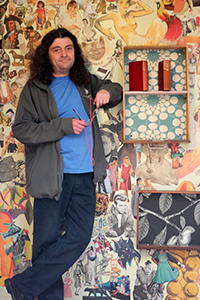 I like it here, the work’s enjoyable — and I was surprised to find how well it all runs. I’m not thinking of moving on and I am now a Community Assistant and have a bit more responsibility helping to run the place.